GAiN is the official website of the Global Adventist Internet Network, and is run by the Communication Department of the General Conference of Seventh-day Adventists.

Seventh-day Adventists are devoted to helping people understand the Bible to find freedom, healing, and hope in Jesus.

This article is part of a series of lessons on how your brand can command a life-long commitment from your customers as religion has done for centuries.

In an age of ever-diminishing attention spans, millions of people sit through long sermons every week, often in poorly lit church halls and through low- quality sound equipment. They don’t even get paid to do it. In fact, they give 10% of their salary to make sure the preacher can work full time on preparing these messages.

The world has never seen better communication than within Christianity, starting with Jesus. He didn’t write anything and yet His messages still influence our everyday lives 20 centuries later. What is it about Christian communication that is so compelling and how can your brand apply these lessons for maximum effect?

In the next few paragraphs you will discover how to replicate this in your own brand.

It is no surprise that Donald Miller has dominated the conversation around brand storytelling. This new marketing guru started out as a writer of Christian novels, such as the New York Times Bestseller Blue Like Jazz. Religious people have gathered to tell stories to each other multiple times a week for millennia. This developed a refined and sophisticated culture of powerful communication. It is no wonder the best filmmakers and writers of the 20th century were mostly Catholic or Jewish.

However, for the purposes of this brand lesson, we will focus on public speaking. For your brand to communicate with power, like religious people do, you need to focus on 2 areas.

Malcolm Gladwell, when analyzing some of the most well-known success stories in ‘Outliers’, identifies the opportunities his genius subjects had to practice their talent. He points out the 10,000 hours of practice necessary for mastery as well as the environment surrounding innovation and particular behaviours.

Boys and girls in most churches are encouraged to speak and pray in public. Personally, I have now been invited to speak all over the world. This would not have happened if I had not been invited to preach in my early years. When I was 11, a local church leader was crazy enough to invite me to preach a full sermon to an entire congregation. I was so nervous I leaned on the pulpit and almost brought the entire stage down! By the way, churches call the ‘stage’ a ‘platform’.

Throughout my Christian school education I was encouraged to speak in public. This would often happen in assemblies, youth groups and other gatherings. On another occasion I was asked to preach in a large church where the congregation topped 500 people. I was 15 years old and both exhilarated and terrified. My throat dried up and I had to leave the platform to drink some water, rest momentarily, and then return. It was an unforgettable experience for everyone present and for all the wrong reasons!

Billy Graham is perhaps one of the most recognized names when it comes to preachers. Stadiums filled all over the world as people came to hear him preach from the same Bible their own pastors or priests had been preaching from in their local congregations.

Why did they come? Much can be said about the irresistible power of the gospel to attract its hearers. I suspect it also had much to do with an ability to powerfully communicate the gospel due to his relentless practice throughout the early years of his ministry.

n the commercial world, TED talks continue to inspire millions of people, not only because of the great ideas being transmitted, but because they are communicated in a very powerful way. In fact, books have been written about the techniques employed by Tedsters, the exclusive group of people who have spoken at a TED conference. Seldom are these speakers beginners in the art of speaking in public.

For your brand to succeed, it is imperative that you have a spokesperson, preferably the founder or CEO, who can inspire people through public speaking. It is clear we can record videos, publich animations, print books and communicate in thousands of ways. However, it has never been so important to communicate through live public speaking. Something indescribable happens when an audience shares the same emotions as they listen to a speaker.

A brilliant technique for doing this efficiently is to say what you really want to say at the beginning. Very few people are able to start with a story and engage an audience for a prolonged period of time. Like a good journalist, make your point in the first paragraph and only then proceed to tell stories.

In fact, never make a point without telling a story and never tell a story without making a point. These are perhaps some of the most valuable principles in public speaking.

It wasn’t just his experience as a preacher that led Martin Luther King Jr. to change the history of the United States. He truly believed his own words so the world stopped to pay attention. The history of Christianity is paved with martyrs who were willing to die for their beliefs. When you hear a preacher pour their life and soul into a sermon it is compelling because it is evident they believe what they are saying.

If your CEO doesn’t truly believe in his brand, nothing else matters. As Simon Sinek points out, most brands don’t even understand why they exist. This is, in fact, your first step in communicating with power: define your ‘why’. Sinek’s book, “Start With Why” is on this subject, so I suggest you engage fully with it before fragmenting your brand any further.

If you would like some inspiration, here is a video by Steve Jobs describing the 7-week process that reinvented the future of the modern world. This is perhaps the most important marketing video you will ever watch so take your time.

In case you are wondering, the spokesperson for your main brand must be your CEO/President and not you, the branding or marketing director. No, not even your vice-president. This isn’t optional for the 21st century. Steve Jobs was always on stage for the keynote presentation and even now it is Tim Cook who introduces everyone else. It is not a good idea to create a cult around the CEO but if anyone does speak publicly about the brand, however, it should be the CEO. If your company doesn’t hold large public events the CEO must still deliver inspiring in-house presentations during quarterly briefings, for example.

Now, what if you are an introvert?

Let’s start with the good news. The world of the 21st century no longer trusts extroverts because they used their innate abilities without integrity during the 20th century. From politicians to car salesmen, and even preachers, it has become impossible to know what an extrovert truly believes. So here is the good news for introverts — you have a tremendous advantage when it comes to communicating with power.

In the Big 5 personality model, I score on the 99th percentile of extraversion. This means that out of any 100 people I interact with, only one of them will be more extroverted than me … and I know who she is, my sister! Sara, I love you.

For many years I have tried to emulate introversion. At meetings and even social gatherings, I have learnt to exercise great restraint and won’t speak at all unless what I have to say is undeniably important. Beyond this, I have tried to root out any exaggeration from my speech. This has significantly increased the level of trust people have in me when I do say something. The reason behind this is simple.

Imagine you are invited to a dinner party at my home. Obviously this is a post lockdown scenario. Soon you will discover that I am an extrovert and my wife, Amy, is an introvert. Apart from an occasional lighthearted comment, she doesn’t say much throughout the evening. As for me, I give my opinion on a variety of subjects and you notice how much I enjoy the attention. Then it happens. The subject of animal hunting arises and a guest begins to describe the exhilaration of a kill. At that moment Amy speaks out about how she is totally against this unnecessary cruelty and explains why. There is absolute silence in the room as everyone pays very close attention to her. It is obvious to anyone that this sudden interest in what she has to say is costing her a great deal and no one doubts her sincerity.

Regardless of your personality, if you truly believe in the ‘why’ of your brand and have practiced public speaking sufficiently, communicating with power will be inevitable. By consistently doing this you will build such a lifelong culture that anyone who believes what you believe will become an evangelist for your brand.

From pilgrimages to altar calls, religion has been able to create moments of transformation that are unparalleled in creating life-long brand loyalty and devotion. The next article in this series will explore how your brand can do the same. 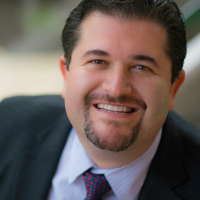 Sam Neves directs the branding and digital marketing efforts of the Seventh-day Adventist World Church. He lives in Maryland with his wife and their 3 boys. 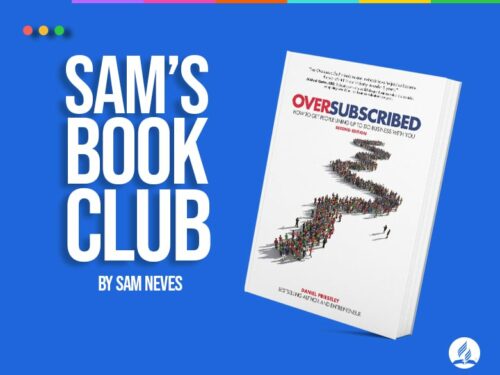 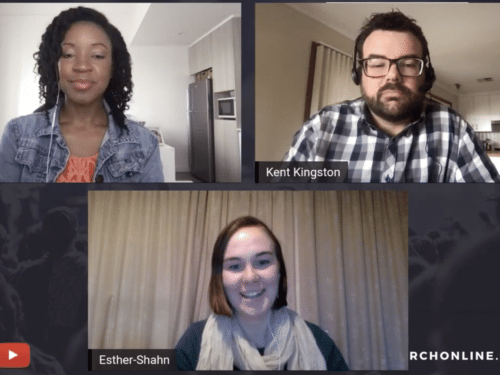